On the Edge of Failed Leadership: Start-up Mentality and Desire

I recently watched a profile on 60 Minutes that profiled the author Alison Levine which motivated me to blog on some important insights into leadership. In case you don’t know her, Alison is the author of the New York Times best-selling book, “On The Edge”. The Edge reflects on the lessons learned from her various expeditions, making the case that the leadership principles apply in extreme adventure sport also apply in today’s extreme business environments.
Her accomplishments are impressive. She has skied to both the North and South Poles—a feat known as the Adventure Grand Slam, which fewer than forty people in the world have achieved. In January 2008, she made history as the first American to complete a 600-mile traverse from west Antarctica to the South Pole following the route of legendary explorer Reinhold Messner. Levine completed this arduous journey on skis while hauling 150 pounds of her gear and supplies in a sled harnessed to her waist. Her success in extreme environments is noteworthy given she has had three heart surgeries and suffers from Raynaud’s disease, which causes the arteries that feed her fingers and toes to collapse in cold weather—leaving her at extreme risk for frostbite.
Now let me take you from leadership to desire. Chen Lizra defines Desire – knowing what you want and then going after it. It seems like an obvious definition but sometimes we all need to be reminded of the simple concepts and seeing these in plain English helps the brain to process these concepts. It’s my contention that Leadership and Desire are the two most important elements that make up a successful start-up. Those in leadership have to have desire plugged into company success metrics not their own selfish desires. I’ve been part of several start-ups over the past years and like Alison I learned that once you make a decision you can’t second guess yourself. This is the feeling she described when she reach safety after turning around before reaching the peak on one of her journeys. She did not consider this a failure but a learning experience.
The success or failure of your company will ultimately be based on your decision making and how the leadership team cultivates everyone to participate and everyone needs to feel part of the team, motivating by inclusion. The most glaring sign of impending failure is when what I call a ‘cult of personality’ is created. This develops when one person in leadership acts without governance and dictates decision making for the company unilaterally. Ultimately, these decisions will be based on his or her benefit not the company’s. One of Alison Levine’s rules of Leadership is simply, “Everybody needs to have skin in the game”, what I call the ‘skin factor’. This means that everyone needs to have shared risk in the company, which builds confidence and leadership. If you don’t feel that your leader/CEO shares similar risks as you, your company will most likely fail – think disparate pay. How can you follow someone up the mountain if they’re not shoulder to shoulder with you in some way?
I have many friends and former colleagues in the VC business and they all have said the #1 reason for company failure is executives who are usually legally paying themselves way too much for an unprofitable company burning cash. These are individuals who will not feel any pain if the company fails but gain as the company is failing, defying the primary rule of the skin factor in Leadership. They take what they can and if they company fails…so what. This doesn’t mean that everyone has the same compensation but relative ‘skin’ is required. So-called ‘Leaders’ focus of desire is financial not company success. We have seen throughout collective failed companies, once investors find out there are quarterly bonus checks being written to the CEO. I had a CEO tell me once when discussing funding options, “Companies don’t go public until profitable.” I didn’t know if I should laugh, refer him to the WSJ or begin a lecture. Then it dawned on me that there would be no public offering – that would require disclosure.
In summary, bad companies are led by the desires of poor leadership for financial gain. So, be mindful of the following seemingly obvious signs of failed leadership:
• Lack of financial transparency and overall corporate governance
• No budgets allocated to any key functions or departments, which allows for 1 person to control all functions (warning: Can be masked as, “I want to be involved with everything”)
• Important company decisions are made by President/CEO without conferring with anyone (see above: ‘unilateral decisions’) BTW – telling everyone how great a move is after the decision is made doesn’t count.
• CEO/President compensation beyond reason (see above: ‘quarterly bonuses’) 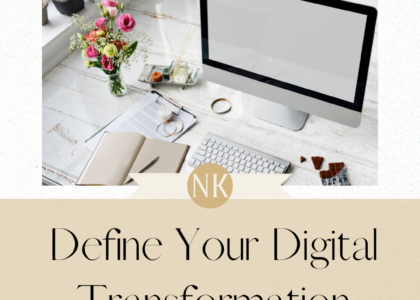 Get In Touch With Me For Speaking at Events / Conferences.
CONTACT US
Copyright 2020 Neil Keene - Designed by LUMY Digital Inc.